Campolindo strives to inspire and empower every student by fostering belonging, well-being and accountability in an equitable learning environment. 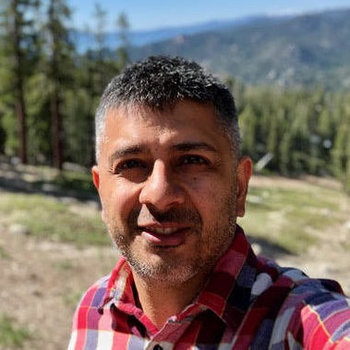 Mr. Chugh graduated from the University of Georgia as a Foundation Fellow with majors in history, biology, and genetics. Supported by a Howard Hughes Medical Institute Fellowship, Mr. Chugh received a Master’s degree in Molecular and Cell Biology and a Master’s degree in Science Education from UC Berkeley, as well as a credential in Educational Leadership from Cal State University. He has taught biology courses at the University of Georgia, UC Berkeley, Saint Mary’s College, and Acalanes High School for the last eighteen years. Mr. Chugh launched biotechnology programs for UC Berkeley’s ATDP program, and for Acalanes High School. He restarted the biotechnology program at Campolindo High School 2013. Mr. Chugh was honored as an MIT Excite Award Winner in 2008 and as AHS Teacher of the Year in 2009. He mentored the winner of the International DNA Essay Contest in 2009 and the winners of the grand prize, the Gordon E Moore award (a $75,000 prize), at the Intel International Science and Engineering Fair in 2011; prior to this, no students from California had ever won either competition. Mr. Chugh is also a cast member of the educational documentary Race to Nowhere.